Ultra Low Emission Zone (ULEZ) to go ahead in 9 months 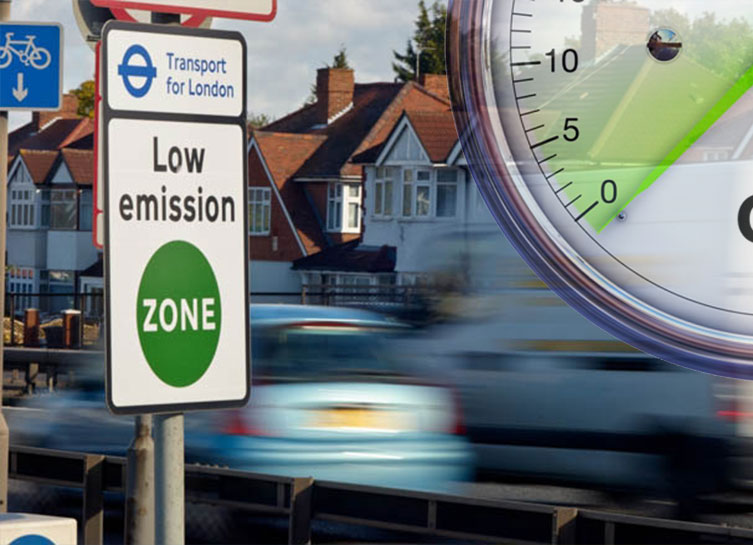 And, he has confirmed that the ULEZ will be extended to cover all of London inside the North and South Circular Roads from 25 October 2021.

The Mayor says all Transport for London’s bus fleet will “meet the standards by 2020” but has not given details.

The daily charge for non-compliant minibuses, vans, cars and motorbikes in the ULEZ will be £12.50.

The move has been condemned by the Confederation of Passenger Transport. CEO Simon Posner says: “CPT has been engaged with TfL and industry partners for many years on a number of air quality and congestion reducing initiatives for London.  A delegation of industry representatives, led by CPT, recently expressed their concerns in a meeting with the Deputy Mayor for Transport, Val Shawcross, who clearly understood the industry’s position and acknowledged that any expansion to the ULEZ would present many operators with an insurmountable problem.

“CPT remains convinced that the expansion of ULEZ, in addition to the early introduction of the scheme in the central area, will have a serious impact on day-to-day coach operations as well as a detrimental impact on London’s tourism economy.”

“With very little time for the production of new vehicles and with no officially accredited retro-fit solution currently available to operators, it is highly unlikely that the coach industry will be in a position within the next few years to meet the demands placed upon it.

“The only alternative will be for operators to pay the daily charge, which will undoubtedly lead to increased costs for passengers and with school trips and vulnerable groups – particularly those with limited mobility or who find public transport a difficult option – having to seriously consider whether London can continue to be a viable destination of choice.

“While we continue to support the Mayor’s plans to improve London’s air quality, penalising visiting coaches which are part of the solution and not the problem is not the way to go about it.

“Buses and coaches are key to reducing pollution, alleviating congestion and providing quicker journey times in the capital, and it is extremely disappointing that this announcement fails to recognise the important role that these modes have to play.

“CPT and the coach industry plans to meet with the incoming Deputy Mayor for Transport, Heidi Alexander, in order to help find a workable solution for London, its tourism economy and visiting coaches.”

In responding to the Mayor’s consultation, CPT stated that there are currently only 3600 registered Euro VI coaches in the UK, with this figure likely to increase by just 3000 ahead of the new standard being implemented in October 2020.  TfL figures indicate that over 30,000 coaches and non-TfL buses enter London each year.

Mr Khan says: “Tackling London’s lethal air and safeguarding the health of Londoners requires bold action. Air pollution is a national health crisis and I refuse to stand back as thousands of Londoners breathe in air so filthy that it shortens our life expectancy, harms our lungs and worsens chronic illness.

“I promised hard-hitting measures to tackle our shameful air pollution and today City Hall is confirming the next stage of our plans to expand the Ultra-Low Emission Zone up to the north and south circular roads.

“We’re doing everything in our power to tackle this issue and are starting to see improvements in air quality with the wide-ranging action we’ve taken already on tackling the most polluting cars, and cleaning up our bus and taxi fleet. An expanded Ultra-Low Emission Zone, in conjunction with the Central London ULEZ, will really help transform the air that millions of Londoners breathe.

“Some motorists will need help switching to greener transport options, which is why City Hall are urging Ministers to deliver a diesel scrappage scheme to get the dirtiest cars off our roads and offer drivers a fair deal, especially the many diesel drivers who brought vehicles thinking they were more environmentally friendly after Government advice.”